OPI has announced that actress, producer, director and activist Kerry Washington will serve as brand ambassador for the company's 40th anniversary this year.

Washington returns to OPI where she previously served as the brand's first ever Creative Ambassador in 2016. In this role, Washington collaborated with OPI co-founder Suzi Weiss-Fischmann to create the “Washington D.C.” collection.

Throughout all of 2021, OPI will spotlight 40 of its most iconic shades including Alpine Snow, OPI Red and Malaga Wine. Among the top colours is Washington's previously co-created shade “We the Female”, a commanding red nail lacquer that was part of the previous collaboration.

“We are delighted that Kerry is reprising her role as brand ambassador during our anniversary year,” said Weiss-Fischmann. “She is a woman of style and substance who is fierce in everything she undertakes, from acting to activism.”

Washington is a Primetime Emmy® Award winner and Emmy and Golden Globe® nominee who has been honoured five times with the NAACP Image Award. In 2014, she was named one of Time magazine's 100 Most Influential People and is one of the co-founders of TIME's UP. “

It is always inspiring to work with Suzi, one of the first female co-founders of a major beauty company,” said Washington. “She may be known as the ‘First Lady of Nails,” but she is also a true champion of women's causes – one whose impact far transcends her own industry.”

Book your tickets for Beauty UK 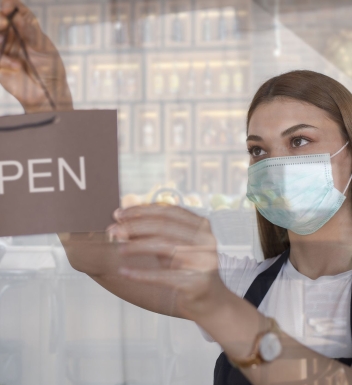 Book your tickets for Beauty UK